THE SCIENCE BEHIND RADIATION THERAPY 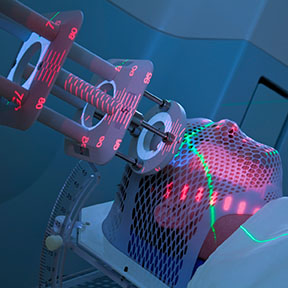 An abnormal growth of cells that gets out of control, leads to a cancer. More and more such abnormal cells stick together to form a mass of tissue that is called a tumour. Whether this tumour is fatal (malignant) or benign, is what a biopsy will confirm. In the case of malignant tumours, the oncologist will prescribe treatments in order to annihilate the cancerous cells or at least retard their growth and spread. Depending on the stage at which the cancer is and which part of the body is affected, the doctor charts out the next course of action. Radiation Therapy is one route to attack the cancerous cells.

WHAT IS RADIATION THERAPY?

Radiation Therapy also known as Radiotherapy, is a kind of cancer treatment that uses high energy beams (x-ray, photons) to destroy cancer cells and shrink tumours. High doses of radiation therapy attacks the very DNA of cancer cells. When the DNA is destroyed, the cells die – this means the cancer cell cannot multiply anymore. Dead cells are then eliminated by the body. As simple as it sounds, it’s not quite so.

WHAT ARE THE TYPES OF RADIATION THERAPY AVAILABLE?

External Beam Radiation Therapy is carried out via a machine that aims the high energy beams at a precise spot on the body. The machine does not come in contact with the patient but moves all around the patient in order to reach the spot from various angles.

External Beam Radiation Therapy and Brachytherapy target a specific part of the body. However, in Systemic Therapy the source travels throughout the body through the blood seeking out and attacking cancer cells.

WHEN DOES A PATIENT REQUIRE RADIATION THERAPY

The goal of radiation therapy is to stop the spread of cancer by killing the cancer cells and shrinking the tumour. When radiation therapy will be prescribed to a patient depends on what the doctor wishes to achieve via the treatment. Radiation Therapy is used:

Repeatedly exposing the body to radiation therapy can leave the individual fatigued. Nausea and vomiting are also common side-effects. Hair-loss in the targeted region can be expected too. In some cases this is permanent. Other side-effects depend on the part of the body receiving radiation therapy. 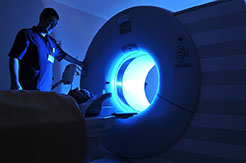